What Is Ethereum? Definition, History, and Applications

What is ethereum and how does it work? The definition, history, importance, working, applications of ethereum, comparison of bitcoin and ethereum.

What is ethereum and how does it work? The definition, history, importance, working, applications of ethereum, comparison of bitcoin and ethereum. 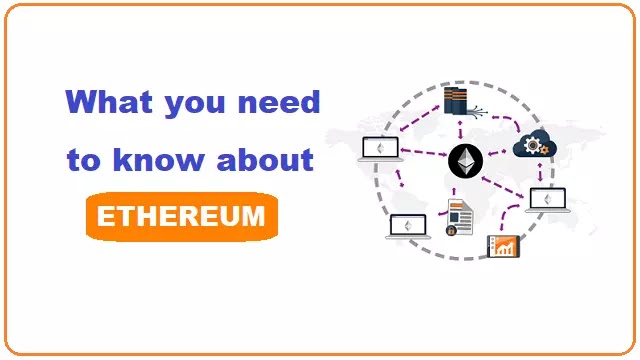 Hello everyone, welcome to Uncoverify. I want to make it the largest collection of guides on Blockchain and Cryptocurrency. So just visit the home page of Uncoverify if you are a little bit interested in the crypto world. You can also go to our Web Stories section to see some of the most trending and interesting news on crypto and blockchain.

What is Ethereum? Is it better than bitcoin? What is the history of Ethereum? What services does the Ethereum blockchain provide? Will the core technology behind ETH change the entire web?

If any of the above questions is arising in your mind, then you are at the right place as this article deals with all the major aspects regarding the explanation of Ethereum.

The crypto market is not too old but there are thousands of cryptocurrencies registered. The first altcoin that was introduced just after bitcoin was Namecoin(NMC). It came as a fork in bitcoin and uses the same proof-of-work algorithm for validating transactions.

Ethereum is one of the altcoins that came after bitcoin. So, let's start discussing Ethereum.

How to Define Ethereum?

Ethereum is an open and programmable blockchain that enables its users to use and design various decentralized applications. It is an open code that can be edited by anyone who is a verified miner of the blockchain.

Let's understand it in simple words,

A Brief History of Ethereum

The first-ever cryptocurrency in the world, bitcoin, was launched on January 3, 2009, by Satoshi Nakamoto, a pseudonymous person. Various other cryptocurrencies were launched after this including the forks of bitcoin.

Ethereum was built as a platform to provide blockchain services for the decentralization of the whole web. Vitalik Buterin with Joseph Lubin founded ethereum on July 30, 2021. Its official website is www.ethereum.org.

Ethereum, like bitcoin, uses proof-of-work consensus for the validation of any activity happening on the platform. The most recent version of ethereum, i.e., ethereum 2.0(ETH2) has already been launched that uses a proof-of-stake(PoS) mechanism for the verification. It is rather less electricity-consuming as compared PoW algorithm. ETH2 was launched on December 1, 2020.

Ether Vs Ethereum Vs ETH: the Difference

Ethereum is a technology that works on smart contracts for the development and use of decentralized applications(dapps). It is a programmable blockchain that can be edited by every node of its. While ether is the native cryptocurrency of ethereum. It acts just like the fuel that runs the chain. All the activities happening on the ethereum blockchain require some tokens that are given to the developer of the particular app.

ETH is the name of ether that is used in the crypto world, as there is BTC for bitcoin. But nowadays, ethereum is commonly used instead of ethereum. ETH is the second largest cryptocurrency next only to BTC by market capitalization.

How Does Ethereum Work?

Ethereum works for the developers of decentralized applications as well as for the users of these applications. The dapps use smart contracts for their functioning meaning that the contract is automatically executed when the conditions are met by both parties in the contract.

It uses a proof-of-work algorithm, just like bitcoin, for the working. The nodes that participate in the maintenance of the blockchain are known as miners. In the PoW mechanism, a number of miners compete with each other to validate a block. The winning miner receives the block reward.

You can make transactions in ether with others as well as use ether to take services running on ethereum. For example, NFTs are built using the ethereum blockchain. You can create, publish, buy and sell NFTs using any marketplace of NFT. The cryptocurrency that is used in buying and selling NFTs is ether.

Very soon, the ethereum 1.0 is transforming into ethereum 2.0(though ethereum 2.0 has already been launched on December 1, 2020) that uses a proof-of-stake(PoS) mechanism instead of proof-of-work(PoS). In PoW, a number of miners compete with each other to mine a block. This often results in the use of a lot of electricity. While in PoS, a node is randomly selected to discover a block and it is presented to all the nodes for validations. The discoverers, in this case, are known as the stakers as those in the PoW algorithm are known as miners.

Bitcoin Vs Ethereum: How Do You Compare?

Bitcoin was originally launched as a cryptocurrency that aims at decentralizing money. It is not controlled by a single organization like a bank or any other financial institution. It is just a store of financial value. Ethereum was not launched for this purpose. It was designed basically for the purpose of building dapps using smart contracts that run on the blockchain. These dapps are not maintained by a single organization. Rather these are maintained by the nodes of the blockchain.

So, theoretically, ethereum is not in the competition with bitcoin as both have different purposes. Ether is the native token of the ethereum platform. It is a cryptocurrency the value of which increases when more and more people invest in it. Similarly, people also invest in bitcoin and the value of bitcoin is directly proportional to the number of investors in it.

For investors, both of these tokens are types of assets to be invested in, and therefore, ethereum competes with bitcoin in this way.

What are the applications of Ethereum?

There are various applications of ethereum. For most people, it is just a way of storing wealth. Traders buy ethereum when its prices are low and sell it when the prices go higher. The world of ethereum is very large if we go out of the investor's perspective.

You can create and use dapps. The dapps provide a way for decentralizing the web, i.e., web3( Read our stand-alone guide on web 3.0). The largest application of ethereum prevalent nowadays is the NFT. NFT stands for Non-Fungible Token which means there do not exist two NFTs which can be replaced for one-another.

Though ethereum is the leading blockchain in terms of the quality of services provided for the development of decentralized applications, it cannot compete with bitcoin as a cryptocurrency. This is so because bitcoin is solely designed as a cryptocurrency while ethereum is a public blockchain, the main purpose of which is to provide a platform for building and using dapps.

There are various competitors to ethereum when it comes to providing blockchain services, Solana, Polkadot, Cardano, to name a few.

Now, it's time to hear from you. Should bitcoin be compared with ethereum as a cryptocurrency? What do you think of ethereum as an open and programmable blockchain? Do you know any of the dapps built using ethereum? Let me know in the comment section.

Other blog posts to help you in your crypto learning journey:

What is Bitcoin halving?

What are stablecoins and how do they work? 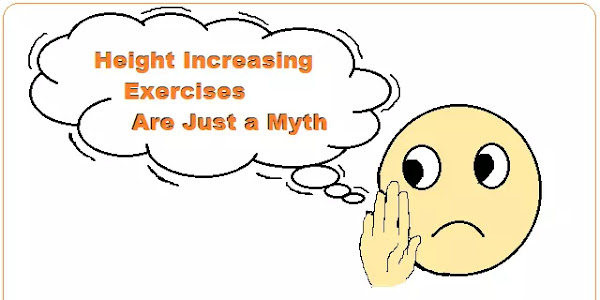 Can You Increase Height With Exercises? You Can't

I have a friend who considers himself a little shorter than an ordinary man. Though I don't think so as he is 5"7, i.e., 170cm in height. He…

Wordcounter.net: a Helping Hand for Writers!

How to Celebrate Festivals in an Eco-Friendly Way?

Why Visiting a Doctor Is Not Always the Solution?

How to Become Self-Supporting in Everyday Life?